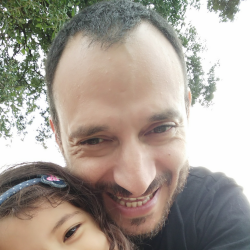 Tiago is passionate about systems' architecture and a huge fan of the "simplicity is prerequisite for reliability" motto. You may find him delving into databases, infrastructure or distributed systems. If you want to get on his good side buy him a weiss beer or tell him that functional languages should rule the world!

Are you living on the edge?

Edge computing is upon us. Cdn pops, iot, peer-to-peer networks, all benefit from it. Still we have it inside our very (fire)walls and ignore it. In this talk we'll go over some examples of how our most common systems can and should be treated as edge computing and thrive. Suppose you have a system which reacts to events and needs to act and deploy new code in 10 seconds after receiving an event. Thinking about your cloud provider you'll know it's impossible for it to give you a new instance in that amount of time. The same goes for container orchestrators (kubernetes, nomad, swarm), they won't do it in that amount of time or they might just not have the cpu/ram resources in the cluster or the network may just be killing you and you may not be able to talk to the orchestrator master. The best way is to mimic the behavior of edge locations such as CDNs and follow the gossip protocols and the decoupled nodes route. In this talk we'll show how to follow this route and make fat applications behave as agents and be autonomous using gossip as the only way to talk amongst themselves.

How to predict tags in Stack Overflow questions using Keras